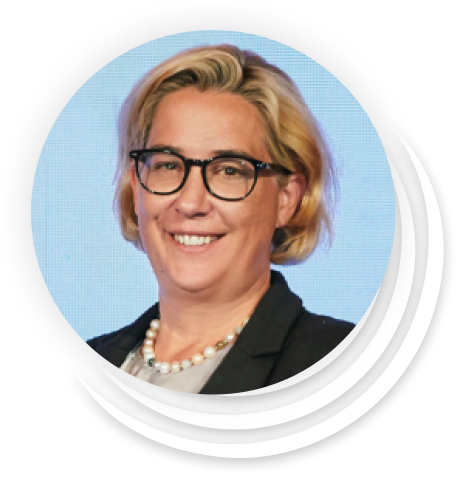 Nicole Huber is an accomplished executive who has been the driving force of a multitude of large scale private and public projects. As the former City Director of Heidelberg, Germany for more than a decade, Nicole guided and steered hundreds of millions of Euros in the areas of innovation, medicine, tourism, and sustainability. Her team’s efforts have uplifted the international prominence of Heidelberg, while winning awards and global recognitions as a Smart City.
As a senior executive, Nicole is currently working with the highly successful technology company SNP. Coupled with an international law degree, Nicole is an expert on the topics of strategic marketing and innovation, digitalization of  nfrastructures, and facilitating private and public partnerships and collaborations. She is a frequent speaker to prominent international audiences and is a true model of effective and efficient execution.